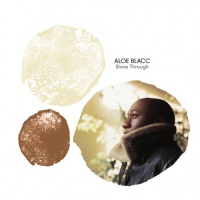 Исполнитель: Aloe Blacc
Альбом: Shine Through
Скачать трек
Текст песни
"Yeah S'a few things that I I wanna get off my chest So I'ma get 'em off The drugs the streets the thugs that beat they women The hate and the violence the guns the bullets that sent them The ice the jewels the fools that's killing to get them Or heist with tools strategically placed in their denim The corner, the store, the spirits, the wine, the liquor The sinning, it's venom, it's making society sicker The henny, the 'tron, the dale, the goose, the crown The pimps is up, the hoes is usually down The kids in the hall that piss in the corner, the rats The chicks be watching, the watchers be watching them back The fatherless babies, the mothers that live in despair The tenement builders with roaches just chilling in there The silence is never the sirens be scraping the air It kills to ignore it but it doesn't hurt you to care It hurts to ignore it but it doesn't kill you to care It kills to ignore it but do you No You have a soul And it's worth more than gold Worth more than gold Hoping you're mine Let it unfold And you will find Treasures untold That are worth more than gold If heaven is a place on earth Then there ain't no way a dollar could replace your worth I hope you know that you're priceless This life gets the point that you feel like You could point your steel right to the temple It's so simple The capitol hill is the capital killers Bills passed to bill us back for stamps and keys The system is so diseased Ain't a vaccine to cure it And if your skin like mine, we gonna have to endure it Until we can birth a new nation Mature it to the level of ancient African civilizations Half of us up in this nation Now I know about the hoops we share Peace to my people who's already there It's a family affair, sisters and brothers of one soul Before we hit the heavens above, this world gold Before we hit the heavens above, this world gold Before we hit the heavens, do you Know You have a soul And it's worth more than gold Worth more than gold Just let me help you Carry your load Open your heart Share what it holds 'cause it's worth more than gold The wait is up now I'm throwing it around The hate you handing out I throw it to the ground Too black, too strong for this Never thought that I would sit and write a song to this But what you expect when a hunger in your stomach so strong That when you hear the radio you wanna vomit And when you look at the TV your heart plummet It shame me to see how they be showing us on it "
Другие треки
Все треки исполнителя
Другие альбомы
Все альбомы исполнителя
Радио
Больше радио
Новая Музыка
Все треки
Новости
Больше новостей