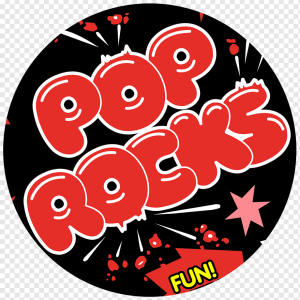 Pop-rock (Eng. Pop rock, Pop N' Rock) is a genre of music that combines elements of pop music and rock music. The songs are characterized by a simple structure, catchy melodies, repetition of musical phrases (from pop), the use of electric guitars and drums as the main instruments, and an aggressive mood (from rock). The severity can be different, from almost instrumental pop to very "heavy" compositions, but diluted with pop melodies.The term "pop rock" was first used to describe the early hits of the Beatles and their followers, such as Herbs, roots, Gary Puckett and Union Gap, in Buckinghams. Surf rock is sometimes included in the concept of pop rock; this usage is an anachronism, since surf music and rock music in the 1960s were considered different musical genres.

Pop rock set the stage for soft rock in the 1970s. Although in the 1970s and 1980s there were several bands that fit the definition of pop rock, the genre was continued in the form of heavy ballads of hard rock and heavy metal bands, along with songs of a faster tempo than soft rock bands.

The last wave of pop rock originated in the mid-1990s with the work of Alanis Morissette and Melissa Etheridge. In recent years, there has been a revival of the genre, while heavy rock is losing popularity compared to rap, R&D and hip-hop. A feature of some modern pop-rock songs is the alternation of soft verses and loud choruses, which arose under the influence of alternative rock. Modern pop-rock artists include OneRepublic, All-American Rejected, Kelly Clarkson, Roxette, PMMP, Rasmus, Melanie C, Veronica, Tokyo Hotel, Avril Lavigne, Gregory Lemarchal, Lafie, Miley Cyrus, Adam Lambert.

All this you can hear on the round-the-clock radio "Pop Rock Funs"! 24 hours without a break for you the best representatives of Pop culture and Soft Rock!!!